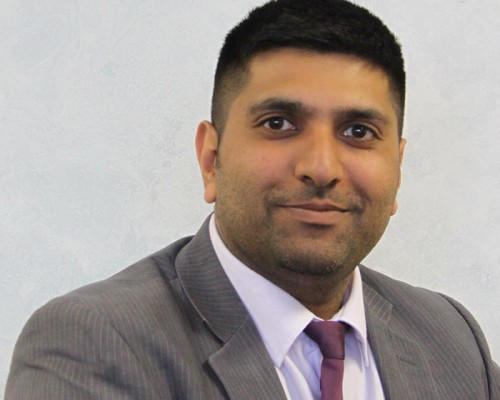 In 2002 Wajid graduated in Law from the University of Central Lancashire (UCLan). He then worked in the voluntary sector with young offenders, gaining qualifications in advice and guidance as well as mentoring. He has also worked as an Appropriate Adult and taught homeless young people numeracy and literacy.

In 2004 he completed a Masters in European Law. During this, inspired by the race riots in Burnley in 2001, he initiated several projects involving community cohesion, including the Corrymeela project, through which his role gained him a Higher Education Active Community Fund (HEACF) Volunteering Award in 2004.

In October 2005 he became UCLan’s Millennium Volunteers (MV) Co-ordinator for East Lancashire and then lectured in Volunteering and Community Action. Wajid also took an important role in the development of the BA (Hons) Community Action and Volunteer Development Degree. In September 2006, he was appointed Course Leader of this programme.

Wajid is a regular consultant for BBC Radio 5 Live and the BBC Asian Radio Network on issues including race, youth, community cohesion and society, and has presented in Europe at Volunteurope conferences in Berlin, Strasbourg, Warsaw, Genoa and Sarajevo.

In June 2006, he was part of an advisory group to the Russian Ministry of Education and Science on developing youth strategies, and was invited to the Civil G8 in Moscow where he was part of the group on inclusion that introduced proposals to President Putin which were later discussed at the G8 Summit. Subsequently Wajid was appointed to the Executive Board of Directors of Volunteurope in October 2006.

Wajid played a key role in engaging the community with the UCLan campus in Burnley, and has represented UCLan in collaboration with Russian non-governmental organisations (NGOs). In addition he was appointed community governor for Burnley Schools’ Sixth Form and a Board Member for Calico Housing.

Wajid became a local Councillor after a landslide victory in the local elections in May 2007 representing the Daneshouse and Stoneyholme ward in Burnley. He is a member of the leadership committee and has vice chaired the Environment and Scrutiny Committee.

In May 2008, Wajid co-wrote the pioneering Foundation Degree in Volunteering based in a community setting in Burnley. The degree engaged south Asian females academically in a manner which had not been achieved nationally before.

Recently Wajid has successfully worked towards the development of a Masters in Community Leadership and has been part of HRH Prince Charles’ Mosaic International Summer School and delivered a key note speech at Clare College, Cambridge.